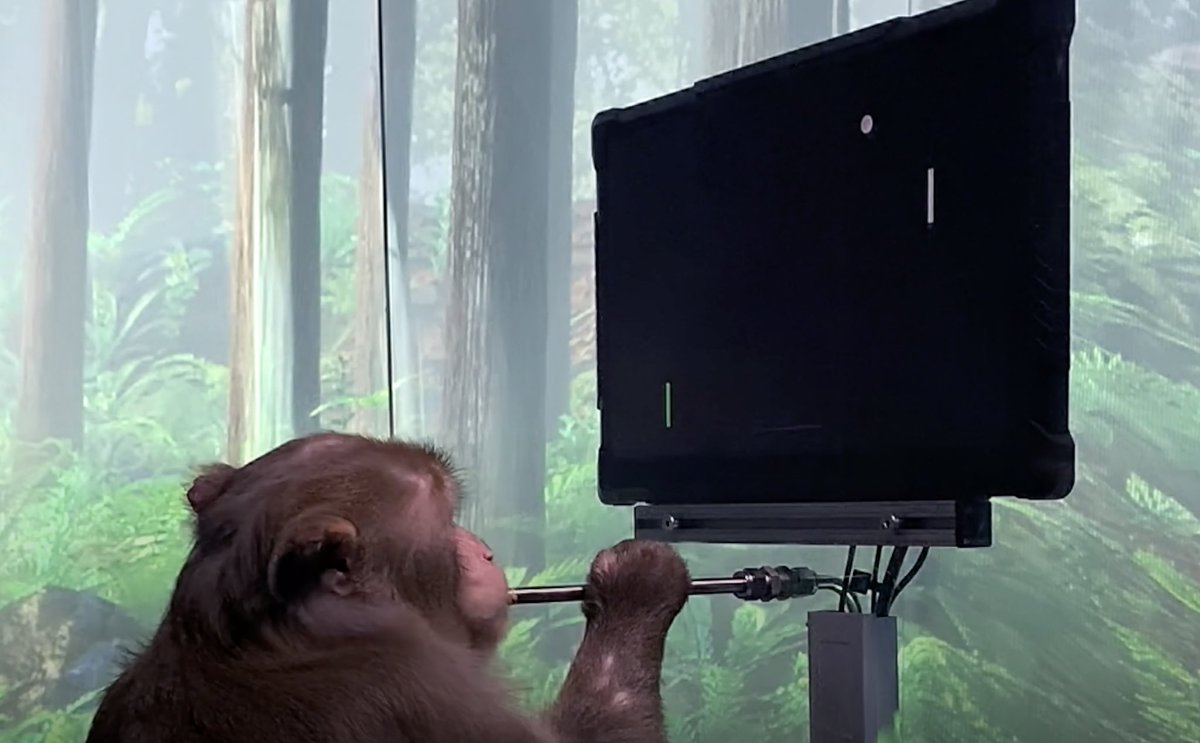 Elon Musk’s company Neuralink released a video showing a monkey playing Pong using only his mind. As an incentive for playing the game, the monkey sips a banana smoothie while playing.

Neuralink hopes the tech will one day allow paralyzed people to use their phones using their brains alone. The monkey in the video has two devices installed into his brain, which measure his brain activity and translate it into actions.

Musk envisions humans controlling robots with their minds and potentially one day uploading into a new body after death, similar to many sci-fi novels.

Considering I’ve already written a book about uploading consciousness into another body, what about a story about a more immediate use of thought-to-action technology?

Think about voice-assistant tech on your phone. One day soon, these will be seen as archaic.

Instead of talk to text, what about think to text? Combine that with a simple messaging app, and instantaneous, non-vocal communication becomes the norm.

The story is about a group of high-tech soldiers who train and function as a single unit thanks to their instantaneous communication. The story opens with them infiltrating and clearing out a group of neo-nazi terrorists in middle America, aided by a state-sponsored hack of the thought-messages being exchanged within the compound. Because of their edge, the soldiers make quick work of the assault.

It’s discovered that the terrorist bust was a proof-of-concept. Soon, the soldiers are on their way to the middle east. Since the thought-messaging isn’t available there, their work isn’t as easy. But, with their advanced tech, they still make a clean entrance and escape.

The third assignment takes place in Southeast Asia. The soldiers find out that the terrorist cell they’re infiltrating, who is wanted for drug distribution, has the thought-messaging, but the state can’t hack into their communications. The state wants them to stay in the area and find the big fish responsible for both the drugs and the advanced technology.

The soldiers work their way up the ladder and eventually take down the boss in a massive raid. When they inspect the body, they realize that the “boss” was controlled from afar by an earlier version of a soldier left for dead in a failed operation.

The second book would detail how the soldiers chase down the rogue soldier in cities across the world, and in the third book, we see divisions within the group of soldiers—some no longer trust the people giving them orders.

Other books could introduce the concept of uploading into a new body, similar to “Universal Soldier,” and following plotlines from the movies.