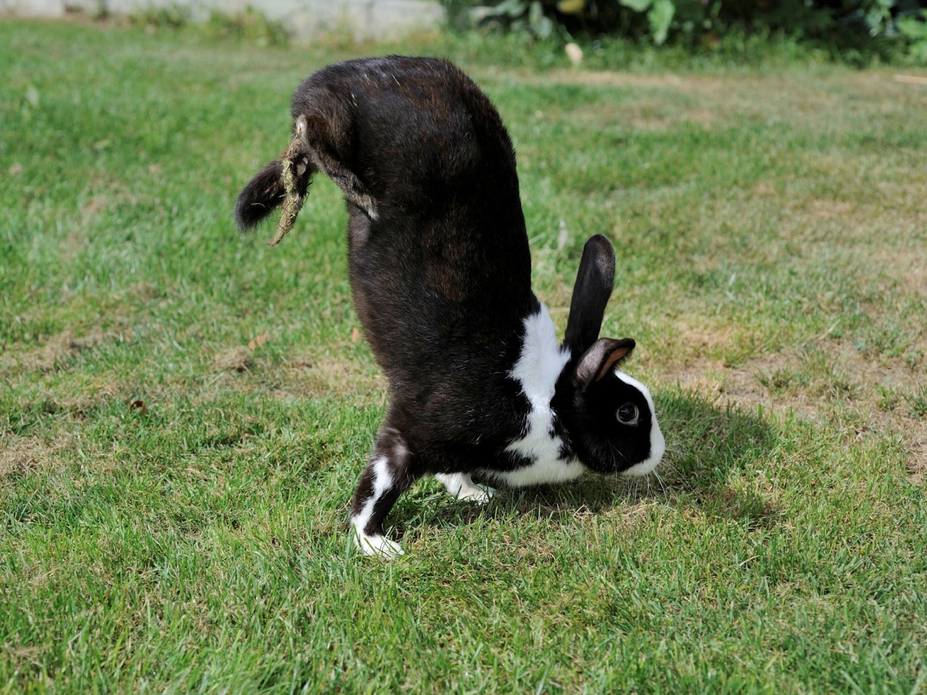 Scientists have discovered the genetic mutation that causes an entire line of French rabbits to walk on their forelegs. The affected gene causes an issue with the spinal cord that inhibits coordination between the forelegs and hind legs—when the rabbits want to move fast, they have no choice but to perform a handstand.

The gene forces the over-flexing of the hind legs when the rabbits move quickly, but they can walk on all four when moving slowly.

What if a group of these rabbits in a traveling carnival had another genetic mutation: a taste for blood at night?

I read dozens of Goosebumps as a kid. Mix it in with Something Wicked This Way Comes for a new children’s horror novel.

Two best friends in a small town visit the carnival during the day and see the rabbits doing handstands. They talk with the trainer and think something about him doesn’t seem quite right.

They go home and tell their parents about their worries, but their parents don’t believe them. Convinced they need to take action themselves, they sneak into the carnival at night and witness the trainer feeding the rabbits blood.

A local blood bank reports a break-in. The friends tell their parents but are again dismissed.

They revisit the rabbits during the day and find them tranquil and serene while performing. They try jumping the fence and are caught by the trainer, who takes them to their parents. One set of parents invites the trainer over for dinner as an apology.

The second friend, not at the dinner, visits the rabbits. They attack when they smell his blood. He gets away without killing any of them and reports to his friend later that night after the dinner has ended.

The pair go back in the dead of night. The trainer sneaks up on them from behind and says, “They haven’t had fresh meat in a long time.” One of the friends blinds the trainer with his flashlight, and the stumbling trainer accidentally releases the rabbits.

The rabbits escape their cages, and the children run, not stopping until they get home.

The next day, people all over town are looking for their missing pets. The trainer gets the rest of the town to help look for his escaped rabbits, who are docile during the day. Both friend’s parents make them participate in the search. They end up finding a rabbit and, despite their fear, pick it up. When nothing happens, they return it to the trainer with the agreement that he’ll leave if they can find all the rabbits.

Collectively, the town brings back the rabbits and enjoys one final night at the carnival. The rabbits, satiated from the town’s pets, sleep through the night, and the next day the carnival leaves the town.

Nobody sees the lone rabbit hop walk away on two legs at the edge of the field where the carnival stood.