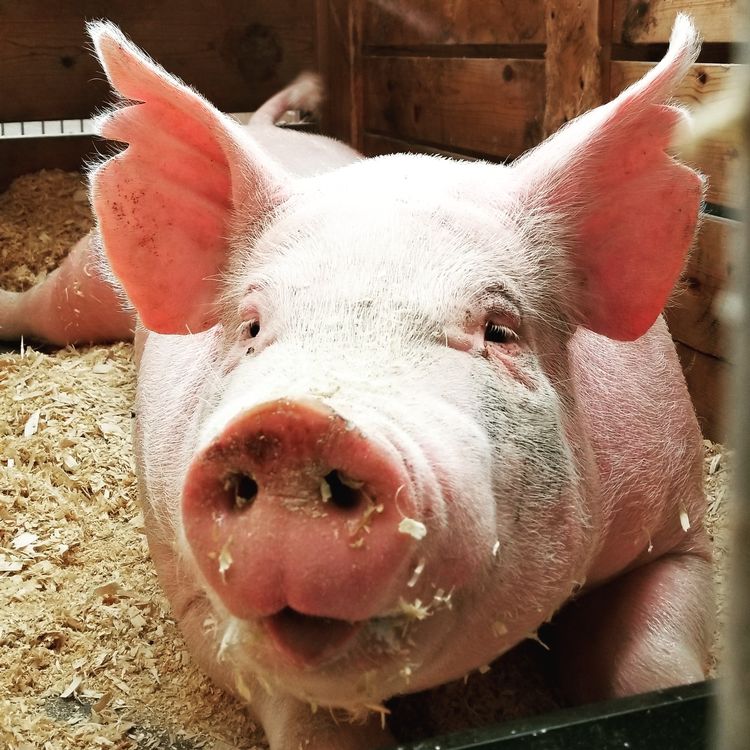 An official from the National Livestock and Poultry Genetic Resources Committee told reporters that China’s pigs are 30% less productive than their overseas counterparts. Because of this, China imports live pigs from both Denmark and the United States to feed its large population.

Also, can you believe there’s a committee dedicated to this?

The hope is that China can save on feed grains and land usage.

Turning this into a story: there’s some major B-horror fodder here. I’m thinking something similar to Zombeavers.

A group of friends goes to a cabin retreat. They meet a pig farmer on their way in, who offers them a discount on fresh meat.

They cook and eat the meat that night. During a hike the next day, a member of the group disappears. He’s discovered later that night dismembered within sight of the pig farm.

Two group members leave for town to find help—the rest visit the farmer and ask if he’s seen anything. The farmer says no, but he tells them about a local predator (bear or cat) that’s been terrorizing the area.

The group goes back to the cabin. The next day, when their friends haven’t returned, they go into town. Nobody saw the two who went for help. The group retraces the route to the murder scene and discovers two massive pigs devouring their friends.

They run back to the cabin. A group of pigs surrounds the cabin, trying to get inside. As night falls, the pigs go back to the farm. The group’s surviving members try getting in their car and escaping, but they find the car doesn’t start.

They prepare their cabin’s defenses for the pigs’ return the next day. The pigs don’t come back, but the group’s too scared to leave.

Realizing they don’t stay out at night, the group goes to the farmer’s house when the sun goes down to warn him about his pigs. While they’re there, they see a car part in the trash. The farmer tells them feed is expensive before slamming the door in their face.

The pigs attack the following day. The boyfriend of one of the girls, who couldn’t come initially, shows up as a surprise. The pigs hide, then devour him. While they’re feeding, the group gets into the car and drives away.