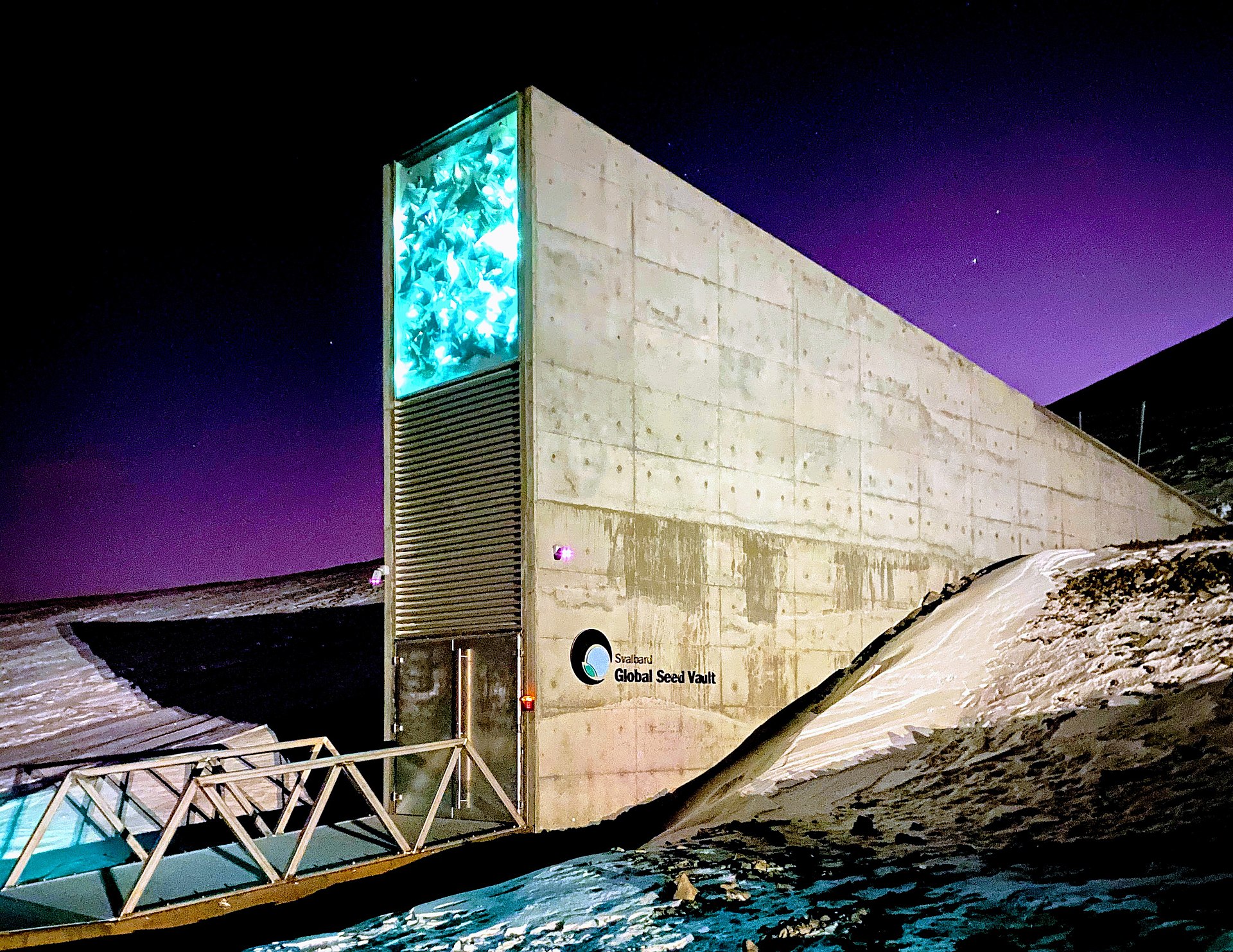 Scientists at the University of Arizona have proposed a new, tamper-proof way of saving genetic material: keep them on the moon.

The concept of saving genetic material isn’t new. Several seed banks already exist on Earth—the picture above is of one in the arctic ocean. The lunar gene bank just takes the efforts to a whole new level, extending the scope to all of the Earth’s species.

It’s an insurance policy against catastrophic events like nuclear war or supervolcanoes. Animals at risk of being extinct, like Florida’s manatee, can be brought back in the future.

What if a lunar gene bank was discovered by an alien species, which then duplicated Earth? Upon discovering the Earth-clone, the inhabitants of our ravaged Earth left, leaving a small group behind. They left instructions about re-seeding the Earth using the genetic material stored on the moon once the planet recovered.

The story could center on the descendants of the small group. They’ve existed without technology for centuries and live in farming city-states. One day, a rocket appears and seeds the genetic material—this is the prologue.

The arrival of the rocket lives on through the oral tradition until we meet the story’s hero, a young girl who experiences the world with the seeded animals and plants. It’s a survival story where the humans band together and defeat both bandits and wild predators.

The first story could center on the conflict with the bandits. The second story kicks off when the descendants of the original humans return from the Earth-clone after destroying that planet’s environment. The two groups coexist until the destruction of the actual Earth becomes a point of contention, kicking off confrontations about the planet’s future.