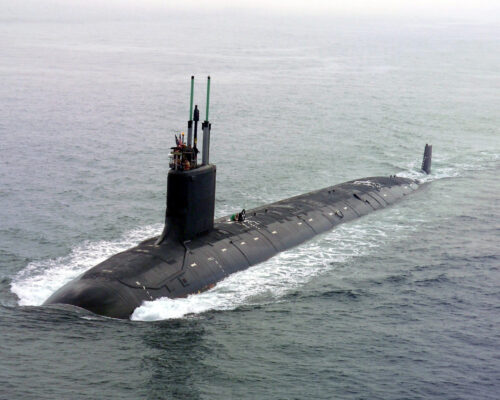 An Indonesian submarine in the Bali Strait got permission to dive then went dark. There are 53 crew members on board, and estimates suggest they have enough air for three days.

The submarine, built in 1977, was performing a military exercise when it lost contact with the mainland. Initial theories are that the submarine dove too deep.

Turning this into a story would be pretty straightforward. The stakes are high—many lives are on the line—and there’s a time element already involved.

But what if someone didn’t want them to be found?

There would be two sides to the story: the captain of the submarine and a female analyst on the ground. The story alternates chapters between the two viewpoints.

The captain’s story would be about survival, maintaining order on the submarine, and dealing with the challenges involved with a leaking submarine. He knew about the depth restrictions and didn’t authorize the sub’s descent lower than the recommended level.

Throughout the story, he tries solving the mystery of who, how, and why someone on the mainland overrode the sub’s controls and plunged them into the depths.

It turns out there’s someone on board who tried blackmailing the admiral when they found out he was stealing money from the military budget. The Indonesian military’s equipment is ancient—there’s never enough money for upgrades, and we find out the admiral lives in luxury on the nearby island of Bali. The crew member was demoted from his position close to the admiral and sent onto the ship as punishment.

On land, the analyst discovers the discrepancy regarding the ship’s descent. After he’s dismissed by his superiors, he investigates who could have authorized the maneuver, finding out that the admiral’s the only person who could override the captain’s control.

The analyst then looks for any reason why the admiral sank the craft. In the beginning, she believes he did it for the good of the Indonesian Navy, garnering goodwill and potentially getting a replacement craft. An offhand remark from her husband, a fellow military member, when talking about a couple they’re friends with, about men doing anything to not get caught, inspires her to look for personal motives.

She discovers two people had past service with the admiral—the sub’s captain and the demoted crew member.

The captain and the admiral were former friends who stopped talking after the admiral received a medal for a military confrontation both were involved in. There’s been a persistent rumor that the admiral killed more people than necessary, and the only person who would know the truth is the captain.

With a potential motive for the captain, she investigates the crew member and discovers he took care of the admiral’s accounting. She looks into the numbers herself and finds out what the crew member tried using for blackmail.

The story comes to a head when she realizes the admiral’s commanding the search party to avoid a particular area. She goes behind his back and convinces a search vessel to comb the area, finding the submarine.

The submarine is recovered in time, and the crew lives. The admiral pays the analyst a visit in her home when the husband’s sent away on temporary duty at another location. He knows she’s discovered his secret, and she shoots him after a confrontation.

Further books in the series could take inspiration from various Jack Reacher novels, thrillers with international implications with the female analyst as the main character.