Before Anyone Finds Out 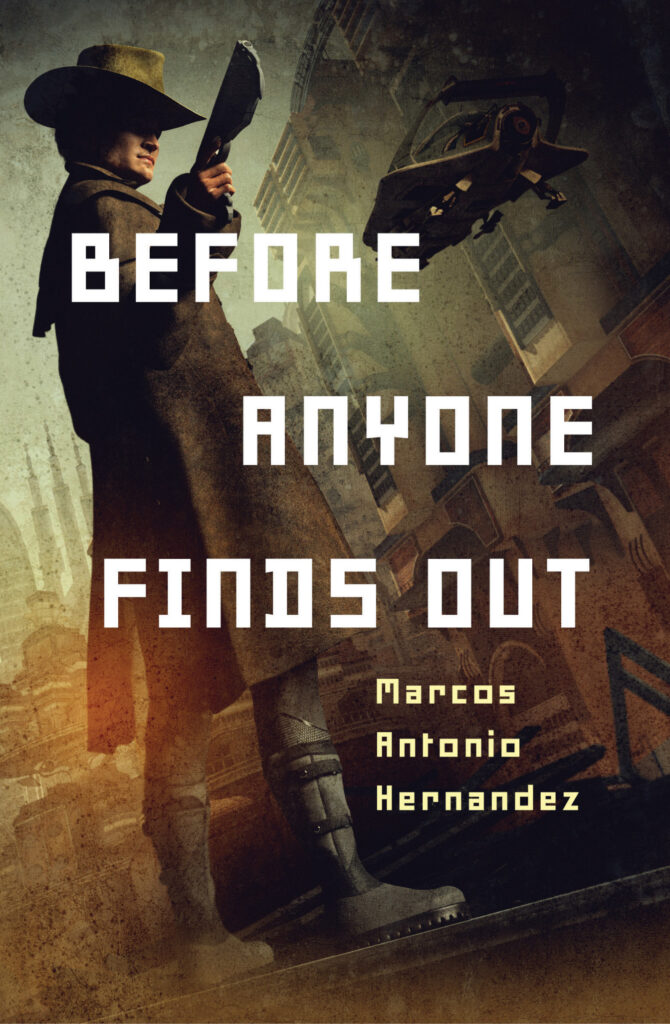 He saved the girl from the system. But how far will he go to make sure they don’t take her back?

2520. The Operator lives by two rules: keep your word and never get caught without a gun. But ever since he tracked down the doctor’s daughter, he’s been on the run, trying to keep her safe. And now he’s being hunted by the brightest minds and deadliest androids the city’s wealthier upper levels have to offer.

Searching for somewhere safe, the Operator traverses the city, calling in old favors and doing whatever it takes to stay one step ahead of his pursuers. But when he discovers the secret weapon he’s up against, he may wish his honor left room for him to save his own skin.

Can the Operator repay his debt and make it out alive?

Before Anyone Finds Out is the thrilling second installment of the Android City Chronicles cyberpunk series. If you love western science fiction, dystopian settings, and dramatic gunfights, then you’ll Marcos Antonio Hernandez’s disturbing view of the far-future.

Buy Before Anyone Finds Out to save the girl today!