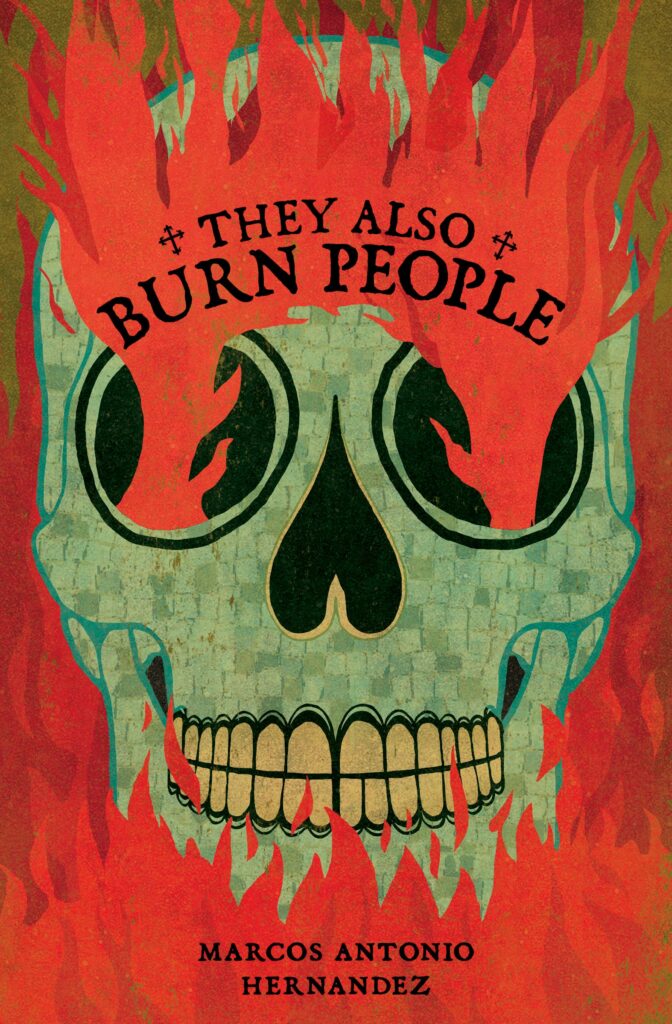 He’s devoted to God. But will the power of the written word send him to the brink of insanity?

2010. Cortez Vuscar yearns for his absent father to return. Convinced it will happen if he can grow their church’s congregation, the pious young man is devastated when he’s fired after a coworker implicates him in a drug deal gone wrong. Adrift and wandering into the more affluent city streets, he becomes enraptured by a beautiful woman who captures his heart with her kindness.

Certain he’s found his true love, Cortez sets out to win her from her wealthy and unfaithful boyfriend. But his fascination with the famous literature the young woman is reading infects his mind with a deadly descent into madness…

Can this wounded soul recreate a literary fantasy?

They Also Burn People is the thought-provoking companion to Where They Burn Books, both part of the Hispanic American Heritage Stories series. If you like indigenous revenge, haunting character portrayals, and the sometimes-dangerous force of desire, then you’ll adore Marcos Antonio Hernandez’s chilling take on humankind’s fatal flaws.